Launch of Nord Stream 2. How It Will Affect Ukraine?

Back in 2018, we conducted a study that analyzed possible scenarios for Ukraine from the commissioning of the Nord Stream 2 gas pipeline. Then we assumed that the “red scenario” when the Ukrainian GTS falls into the zone of unprofitable operation is unlikely.

However, the situation has taken on a different color now. The United States has changed its position and dropped sanctions against German companies involved in the construction of the second branch of the pipeline. This actually paves the way for the almost completed pipeline to be commissioned.

And for us, this is a direct path to the “red scenario”. What will happen if things go this way?

First of all, it is necessary to understand the limit of profitability of the Ukrainian GTS. In order for its operation to be economically viable, the annual gas transit should be about 40 billion cubic meters. If it is lower, we pay for the pipe to work.

And now a significant reduction in the transit of Russian gas through Ukraine is no longer a prospect for several decades. Now it’s a matter of the near future. Maybe even this year.

And then… Now we will work with the consequences. Of course, we do not know exactly how political events will develop. But Ukraine needs to act decisively now and decide how to use the pipe differently. After all, without transit, the old GTS will very quickly lose the remnants of its operational capabilities, and simply paying for its maintenance in working order is impractical.

One obvious fact must be admitted, Ukraine has been too late in resolving this situation. During the years of independence, we have not invested in the modernization of the pipe, we have not worked out properly alternative ways of its utilization. Unfortunately, we have not yet built a liquefied gas terminal. And there have been signals from Russia for a long time that they are trying to reduce Ukraine’s role as a transit country…

We still have time, but very little. By 2024, according to the existing contract, Russia is guaranteed to pay for the transit of 40 billion cubic meters of gas. That is, it is just to keep the pipe within its profitability. But how much gas will physically pass through the pipe and whether it will be enough to maintain the necessary pressure in it – no one knows. 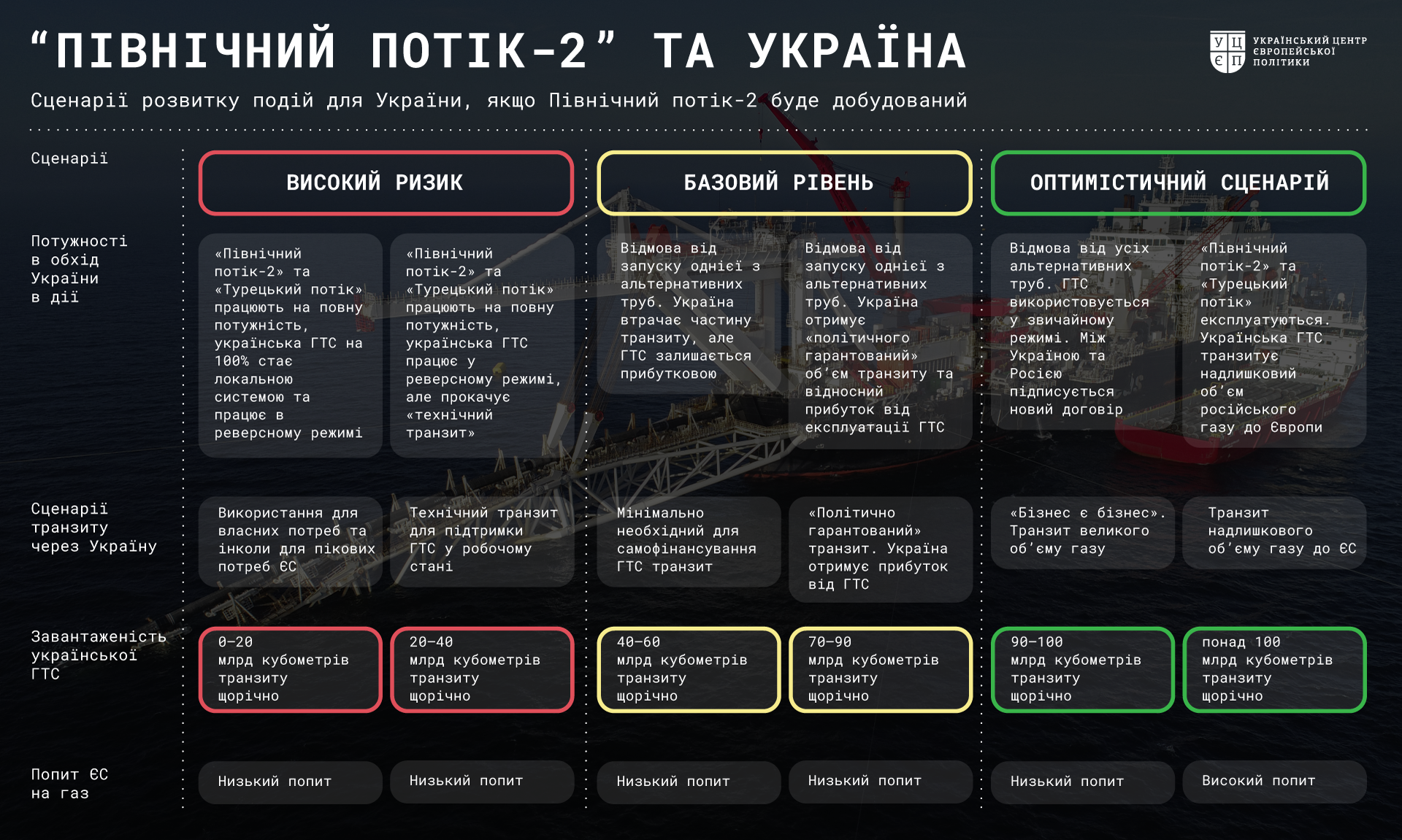